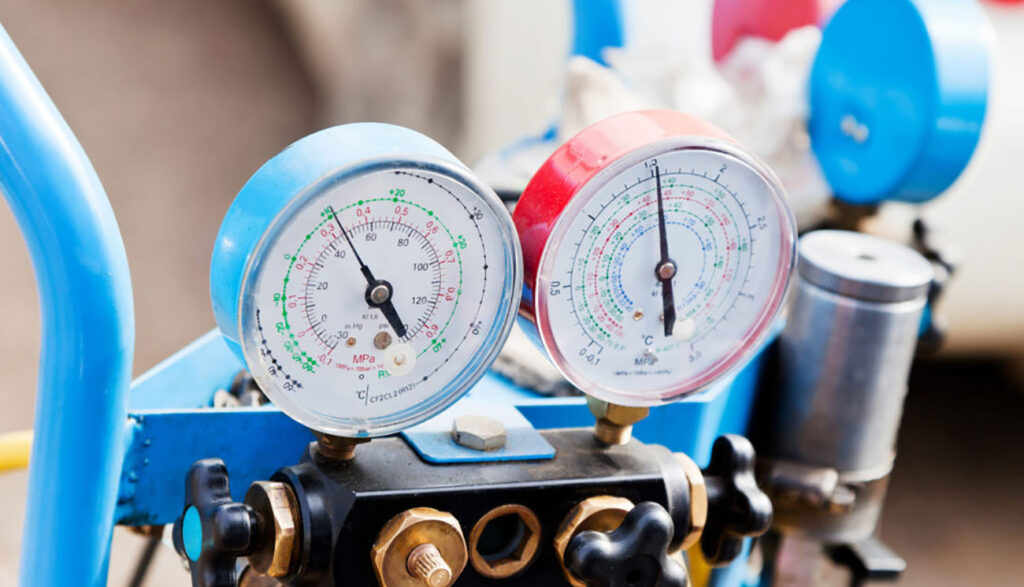 IS R1234YF REGAS AVAILABLE IN PERTH?

Given that R1234yf is incompatible with previous refrigerants, here at Voltaic Garage we have been educating ourselves and retooling to work with it. One of the drawbacks to all this updating has been the expense. New recover-and-recharge equipment and training aside, R1234yf is about 1,000% more expensive than R134a. With more models featuring the new refrigerant flowing into Australia, both new and used, where can you turn if you need R1234yf regas or air conditioning repair in Perth?

Voltaic Garage has been performing air conditioning repairs in Welshpool and Perth area and has extensive knowledge in the field on all makes & models. We’ve kept up with the changes, offering our clients the best air conditioning service available. Using modern equipment and the latest diagnostic methods, Voltaic Garage technicians know how to keep your air conditioning system running its best. Whether your car uses R134a, R1234yf, or CO2, keeping cool and comfortable is only a phone call away (08) 6454 9916.

Since the introduction of modern refrigeration and air conditioning systems, those that use compressed gasses as a heat transport medium, several refrigerants have been used. In the last few years, automakers have been making the switch to R1234yf as a replacement for R134a, a new standard that has become mandatory, in most parts of the world, as of the 2017 model year. Paying attention to automotive news and automotive services in the area, however, one gets the sense that there’s more than one controversy on the new refrigerant. What’s so special about R1234yf, anyway? Is it expensive? Is it safe for the environment and for drivers and first-responders? Is there anyone qualified to do air conditioning repair in Perth, particularly with the new refrigerant?

Refrigerant, however, does something that engine coolant cannot do: air conditioning refrigerant phase-shifts, between liquid and gaseous states, which enables it to absorb more heat. At atmospheric pressure, refrigerants would simply flash into a gas, at the same time displaying a special property, absorbing heat in the surrounding area. If you’ve ever used aerosol spray paint or hairspray, the can gets cold because of this effect.

Over several decades, many compressible gasses have been used as refrigerants. In automobile air conditioning systems, R12 dichlorodifluoromethane was used until its production was banned in 1996 in many parts of the world, but why was “Freon” banned?

R12, also used in aerosols, is a chlorofluorocarbon (CFC). It was discovered to have a detrimental effect on the atmospheric ozone layer, 10 to 50 km high, which protects life on Earth by filtering out harmful UV-B (ultraviolet light λ 280-315 nm). Releasing it into the atmosphere is also generally accepted to have a detrimental effect on climate change, as it absorbs heat. R12 has an ozone depletion potential (ODP) of 1.0, and a 100-year global warming potential (GWP) of 10,900 (R12 is the ODP reference, and carbon dioxide (CO2) is the GWP reference).

In the mid-1990s, R134a tetrafluoroethane gradually replaced R12 as the refrigerant of choice. With an ODP of 0.0, R134a had no effect on the ozone layer, and its 1,430 GWP has been calculated to have about 87% less effect on climate change. Still, with over a billion cars on the planet, could we do better?

Chemists developed R1234yf tetrafluoropropene to further reduce the impact of automotive air conditioning systems on the atmosphere. With a 0.0 ODP and 100-year GWP of just 4, R1234yf’s effect on climate change is considered negligible, but it’s also slightly more flammable.

It should be noted that any compressible gas can be used as a refrigerant, even flammable gases, such as propane or methane. Daimler made waves in the industry, in 2013, when crash testing revealed the new R1234yf refrigerant to be flammable. After considering the evidence, Daimler flatly refused to use R1234yf in its vehicles, though it had already been mandated by the EU, saying that it was investigating the use of high-pressure air conditioning systems and inert CO2 as a refrigerant. Daimler has since ceded to use R1234yf in most of its lineup – it’s still pursuing CO2 refrigerant in a few models – and other automakers have adopted the new refrigerant without reservations.

While R1234yf is indeed flammable, on contact with surfaces between 700 °C and 800 °C, the risk of such a fire occurring, even in case of a crash, is so minimal as to be non-existent. In real-world situations, independent testing body SAE International concluded other flammable liquids already present in automobiles, such as brake fluid, engine oil, petrol, and diesel fuel, presented a far greater risk. Basically, if no one is concerned about petrol or diesel fuel, then drivers, technicians, and first-responders should be even less concerned about the safety of R1234yf refrigerant being used in their air conditioner.